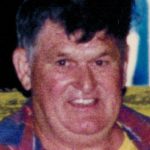 He was born the son of Charles Owen and Lucille (Benge) Hooper on July 15, 1934 in Kahoka.

Roy Lee joined the United States Army in January 1953. He was discharged in December 1954, earning a National Defense Service Medal and a Good Conduct Medal.

He loved racing and passed that passion down to his children and grandchildren. He competed in two man cruisers with his sons and was there in the pits when they competed, first in go carts and then in stock cars. They raced in Donnellson, Memphis and Quincy.

Roy Lee retired from Gardner Denver after 35 years on the job.

Roy Lee also loved the outdoors. He was an avid fisherman and hunter, especially deer hunting. He hunted until the last years of his life.

He was preceded in death by a daughter, Sheila Tedder; a step daughter, Ruby Shelley; and his brothers – Charles, Kenneth and Bobby Don.

Funeral services are at 10 a.m., Tuesday, July 28, 2015 at the Wyaconda Baptist Church. Burial with military rites performed by the Herman Blum American Legion Post #192 of Kahoka, Veterans of Foreign Wars Post 4342 of Kahoka, and the Missouri Military Honors Program was at the Wyaconda Cemetery.

Visitation is from noon until 8 p.m., Monday, July 27 at the funeral home with the family present from 6-8 p.m.

Memorials are suggested to the Wyaconda Cemetery.