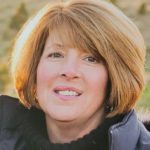 She was born the daughter of Rodney Wallace and Geraldine Marie (Smith) Robinson on October 30, 1956 in Keosauqua, IA.

Gina married David Kittle on January 1, 1989 at the Keosauqua Christian Church. He survives.

She graduated from Van Buren County High School in 1975 and from the Iowa School of Beauty. She was a licensed cosmetologist for over 20 years. Gina started at Casey*s General Store in Memphis in 1990, becoming an assistant manager in 1993 then serving as store manager until retiring from that position in 2018. She worked part-time at the Casey*s in Kahoka until retiring completely in June of 2021. Gina worked at Casey*s for 30 years and seven months and received many company awards for her service. She also had a sunshine award from her family and friends.

Gina had a smile that could light up a room.

She was preceded in death by her father; mother-in-law and father-in-law, Carroll and Reta Kittle; her grandparents; aunts and uncles; and a nephew, Seth D*Vorak.