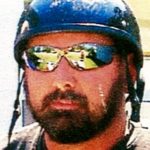 He was born the son of Jimmie Dallas Brown and Ruby Martin Brown Jimenez on June 2, 1961 in Kirksville.

Randy worked at Chancellor Oil in Rutledge, as well as farmed with Edwin Shultz. He became an over the road truck drive while working for Gillard Salvage, where he was an excellent welder. Randy enjoyed driving semis and did that for many years. When he gave that up a few years ago, he went to work for Lawson’s Water Works in Kirksville until he became ill.

He is survived by his mother, Ruby, of Kirksville; sister, Lili Shook of Columbia; brother, Charles Brown of Cyress, TX; children: Kara (Matt) Wickert of Memphis and

Baby Dog was his companion since she was a baby and loved going with Randy in the semi. Baby Dog will mourn him as she dearly loved him.