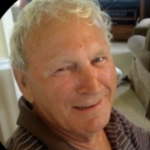 He was born the son of Murl Roscoe, known as Katy, and Helen Louise (Kuntz) Palmer on March 14, 1937 at the family farm home near Granger. Don was the fifth of seven children.

Don then married the former Patricia (Patti) Sellenriek. She survives.

He enlisted in the United States Army on June 25, 1960 at Ft. Riley, KS. He was stationed at Fr. Leonard Wood before transferring to Ft. Rucker in Alabama. Don was trained as a helicopter pilot and aircraft mechanic earning the rank of SP5. He did his tour at Fulda Army Airfield in West Germany, servicing military helicopters and fixed wing aircraft. For his service Don received a Good Conduct Medal and earned expert rifle awards.
He followed his active tour with three years in the Army reserves.

The Palmer family settled in St. Louis following Don’s discharge from the Army. He worked construction for a time, before entering a career in aeronautics. Don worked for McDonnell Douglas and then used his helicopter experience to found Mid-America Helicopters. He worked as a licensed instructor and trained many pilots. He also flew the AM and PM rush hour traffic for radio station KSD in St. Louis as a reporter who rode with him alerted commuters to traffic tie-ups and wreck locations.

Don also worked many county fairs and festivals at concession stands to give helicopter rides to patrons. He did “Santa Claus Drops”, flying Santa to local towns at Christmas. Don worked as a pilot for many St. Louis area hospitals, making pick-ups at rural hospitals and flying patients to St. Louis. He flew for MARC and later ARCH, an air rescue service.

He retired from flying after suffering a heart attack. Don then turned to taking care of the family farm. He and Patti moved to Memphis after Don suffered a stroke, and Patti lovingly took care of him from their home.

He was preceded in death by parents; sons Michael and Mark; daughter, Tami; a brother, Gene Palmer; a sister, Juanita Palmer; brothers-in-law, Burdette Kice and Billie Guernsey and a sister-in-law, Mary Ann Palmer.

He is survived by his wife, Patti, of the home; daughter, Michele (Kyle) Kelly of Wentzville, MO; grandchildren Keira and Nolan; brothers: Lyle Palmer of Casey, IA, and Wayne (Nadine) Palmer of Quincy; sisters: June Kice of Memphis and Doris Guernsey of Burlington; sister-in-law, Joan Palmer of Kahoka; many nieces, nephews, cousins and friends.