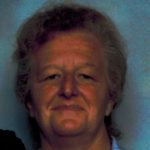 She was born July 21, 1950, to Edward and Dorothy (Siefken) Phillips in Burlington, IA. She graduated from Burlington High School in 1968.

She liked to sew, garden, and bake. She also enjoyed attending yard sales and auctions. Most of all she loved her kids!

Funeral services will be held Saturday, March 2nd at 1:00 p.m. in the Gerth Funeral Service chapel in Memphis with Brother Leon Buford officiating. Burial will be in the Purdom Cemetery in Keosauqua, IA.

Visitation will be held on Friday, March 1st from 5-7 p.m in the chapel. The family will be present during that time to greet friends.

Memorials are suggested to the family.