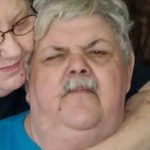 Family
or
Missouri Dept. of Conservation

He was born the son of Harold Max and Ruth Elaine (Webb) Briggs on December 10, 1951 in Kirksville.

He was an avid sportsman, enjoying hunting and fishing.

He was preceded in death by parents; a brother, Robert Briggs; and brothers-in-law, William Garrett and Earnest Hammond.

There will be a private family service at a later date.