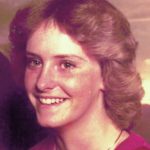 Brock Cemetery
or
The Family

She was born the daughter of Jerry and Sandy Reese on September 9, 1963 in Iowa City, IA.

Teresa married Darel Yearns on July 1, 1995 in Memphis. He survives.

She graduated from Scotland County R-1 and worked as a CMT at Scotland County Care Center, and as a cook at Casey’s General Store and Memphis Headstart. She enjoyed spending time outdoors, with her family and spoiling her grandchildren.

She was preceded in death by a brother, John Hufford; grandparents: Gerald and Josphine House and John Robert Reese and Buelah Summers; a brother-in-law, Tater Yearns; numerous aunts and uncles.