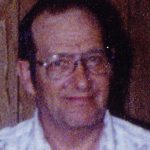 He was born the son of Wally and Opal (Knickerbocker) Dundee on July 13, 1939 in Waukon, Iowa.

The Dundees moved to Gorin in 1991.  Robert worked in trucking with his cousin, Harlan Bray in Iowa driving a flatbed and hauling grain, etc.

Robert enjoyed fishing, flea markets, and horseback riding — which was his passion.

He was preceded in death by his wife; a son, Michael, a brother, Sherman Dundee and his sister, Rosie May.

He is survived by a daughter, Susie Miller of Gorin; a son, Robert Dundee and Crystal Howe of Wyaconda; ten grandchildren and eight great grandchildren.

A private, family service was held.