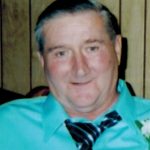 Robert Leroy Coop, Jr., 63, of Gorin died Tuesday, May 21, 2013 in the emergency room of Scotland County Hospital in Memphis.

He was born the son of Robert Leroy and Mattie Belle Coop on August 5, 1949 in Keokuk.

The Coops settled in Gorin.  Robert loved to do carpentry work.   They attended the Gorin Baptist Church and he loved his family very much.

Robert was preceded in death by his parents, wife, and a son, Robert Leroy Coop III.

He is survived by his daughters, Jeanette Jones and husband Jerry of Gorin and Alisha (known as Daisy by her father) Coop, all of Gorin; sisters, Gail and husband Max Gutting of Kahoka, Cindy Miller of Gorin, and Jeannie Balmer of Kahoka;   brothers, Richard Coop of Gorin, David Coop of St. Patrick, and Tom Coop of Keokuk; several nieces, nephews and many friends.

Funeral services will be at 2 p.m., Sunday, May 26, 2013 at the Gorin Baptist Church with Mark Drummond officiating.   Burial will be in the Gorin Cemetery.

Visitation is from 12-8 p.m., Saturday, May 25 at the Gerth Funeral Home in Memphis with the family greeting friends from 6-8 p.m.

Memorials are suggested to the Coop family.