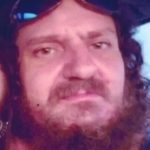 He was born the son of Robert Dale and Shirley Irene (Harris) Dundee on May 2, 1976 in Knoxville, TN.

He married the former Patricia Cochran on April 5, 1993 in Gorin. She survives.

Robert liked to say that he was a jack of all trades, but a master of none. He enjoyed riding his bike, arrowhead hunting, deer hunting, camping, tinkering and pilfering.

He was preceded in death by his parents; a brother; several aunts and uncles.

He is survived by his wife, Patricia, of the home; daughters: Tiffany Dundee and significant other Andrew Alexander, of Mt. Pleasant, IA and Cheyenne Dundee and significant other, Joseph Steiniger, of Des Moines, IA; a sister, Susie (Lee) Saxton of Mercer, IA; grandchildren: Brennan, Ariana, Keara, Vivian, Kambria and babies in the basket; two special dogs: Sissy Poo and Renegade; many nieces, nephews and friends.

Memorial services will be at a later date. Inurnment will be in the Gorin Cemetery.