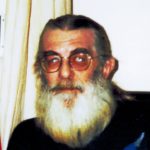 Dale Richard McLeland, 75, of Arbela, Missouri, died Friday, March 1, at the Scotland County Care Center in Memphis, Missouri. Dale was born September 8, 1943 in Scotland County, Missouri, to Craig and Marguerite Jones McLeland. When he was three years old, his family moved to Cantril, Iowa, where he received his elementary education. After the family returned to Scotland County in 1957, Dale attended Memphis High School, graduating with the Class of 1961. He was a member of the FFA during his high school years.

After high school, Dale attended the Spartan School of Aeronautics in Tulsa, Oklahoma. He spent most of his working years as a mechanic and welder. He was employed at Mid-States in Milton, Iowa forover twenty-five years.

In his younger days, Dale enjoyed hunting, fishing, muzzle loading, and camping at black powder events. He was a former member of the Indian Creek Muzzleloaders and a life member of NRA. He enjoyed gardening, collecting knives, cookbooks, cast iron cookware, and John Deere memorabilia. He was a member of the Fox Valley Two-Cylinder Club. He was currently a member of the Arbela Town Council and had served several terms on the board.

He was preceded in death by his parents and a brother-in-law, Marion Aylward.