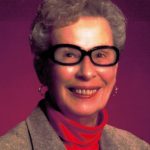 She was born the daughter of George and Ruth (Dieterich) Riebel on January 24, 1934 in Arbela.

Marlene was married to Andrew Martin Cowell on November 25, 1951 at the Methodist Parsonage by the Rev. Wilbur Longstreth. Martin preceded her in death on May 22, 1987.

To this union two sons, Glen Andrew and Gregory Alan Cowell, were born.

Marlene was a lifetime member of the Scotland County Genealogical Society, where she served as the President for four years and was for many years the editor of the Scotland County Genealogical Society newsletter. She was a member for years of the Plum College Extension Club until it disbanded, holding many offices in that organization, but mostly as secretary. Marlene also was the 4-H Leader of the Azen Jolly Timers and then the Arbela Arrows 4-H Club for several years as a project leader while her sons were members. Marlene was a member of the Jauflione chapter of the D.A.R. in Memphis.

The Cowells always liked the Scotland County Fair, attending every one from the beginning at this present fair grounds site. Martin showed cattle and swine, she showed her horses for a number of years. They continued attending, helping their boys show their livestock at the fair. After his death, she still attended every fair, encouraging her grandchildren and great great grandchildren with their endeavors. She was the first woman to become a Fair Board Member, which wasn’t the thing to do at that time (according to some of the older ladies), but it is not all that unusual now.

Although she hadn’t had a horse for many years, she never lost her love of horses. Her hobbies were reading, embroidering, crocheting traveling and working on her genealogy — which was like a good detective book for her.

She was preceded in death by her husband, parents, grandparents and a great grandson.

Memorial services will be at 3 p.m., Monday, May 21 in the chapel. Visitation is prior to the service from 1-3 p.m. Officiating the service will be Sonny Smyser, pastor of the Schuyler County Church of Faith, and Marilyn Fitzgerald, pastor of the Arbela United Methodist Church.