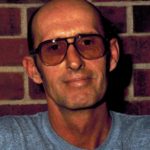 Lonnie grew up in the Mt. Sterling area, attended school there and later attended Van Buren School in Keosauqua. He was pitcher for the Mt. Sterling softball team, loving every minute of it despite breaking several bones.

He served in the United States Navy. Upon his discharge, he fell in love with and married the former Michaelene (Mikie) Roberts on July 5, 1970 in the Arbela Baptist Church by the Rev. Carl Martin. She survives. Their big joke was that the rehearsal was July 4th and it was fireworks ever since!

He was the sweetest and kindest man you could ever hope to meet. He was always ready to help anyone whether he knew them or not. He loved his family, his dog, his cat, and his “strong” coffee.

He was preceded in death by his parents; a brother, Rodger Cochran; sister, Sandra Cochran; mother-in-law, Virginia Roberts; brothers-in-law, Marty Roberts and Marty Cochran; and a niece, Jill Roberts.

A celebration of life will be held from 5-9 p.m., Friday, April 13, at the Grand Hall in Memphis. Memorials are suggested to the family.