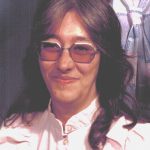 She was born September 27, 1948 in Kansas City, Missouri, the eldest child of Harold William and Lois Louise (Crabaugh) Wullbrandt. She attended school in Liberty, Missouri, eventually earning her GED from Maple Woods Community College in 1976.

Lee Ann met Franklin Dale Russell in Missouri City, Missouri, and they were married in Liberty on July 31, 1966. He preceded her in death on May 11, 2012.

To this union two children were born.

After their wedding, they moved to Memphis where Frank worked for Moffett Farms until 1972, when they relocated back to Missouri City to find work. They stayed there until 1988, when they moved back to Memphis to be closer to Frank’s mother. Lee Ann overcame breast cancer in 1994-1995.  In 2007 she was diagnosed with lung cancer, which went into remission after a round of chemo and radiation treatments.  A recurrence of growth in the tumor resulted in further chemotherapy and a surgery to reduce the size of the tumor in 2010. The cancer was in remission again until 2012, when she was told it had gone into stage 4, making it untreatable.  In June of this year two more tumors were found, and surgery was done to take pressure off her spine.  She was brave and heroic throughout and never never let cancer defeat her.

She was preceded in death by her parents; her husband; one daughter, Pamela Lorraine Russell; one sister, Jan Alice Wullbrandt; two brothers-in-law, James Dean Russell and Hughie Lee Cline; and a sister-in-law, Bettie Jean Corn.

A memorial service is scheduled for 2:30 p.m., August 10, 2013 at Gerth Funeral Chapel in Memphis. Visitation will be from 1 p.m. until the time of the service.  Pastor Roger L. Neumann of Grace Lutheran Church will officiate, with music performed by Erik Lund and the grandchildren.  Burial will follow at the Memphis Cemetery.

Memorials are suggested to the Scotland County Cancer Fund or the Grace Evangelical Lutheran Church.