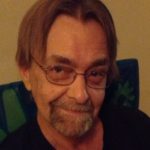 John graduated from high school and entered the United States Army on November 30, 1973.

Upon release from the service, John held many jobs. He was a supervisor for New London Electrical, an EMT and LPN. He was even a circus performer. John got his nursing degree from Southeastern Community College.

John married his wife, Krystal, on December 20, 2008 at the Christian Church in Cantril. She survives.

He enjoyed his garden, fishing, camping and was a fan of the Chicago Bears.

He was preceded in death by his parents; sisters: Marie Malin and Judy Poe; a brother, Kevin Poe; and a step son, David Lee Cheney II.